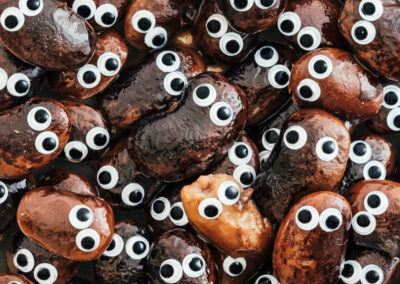 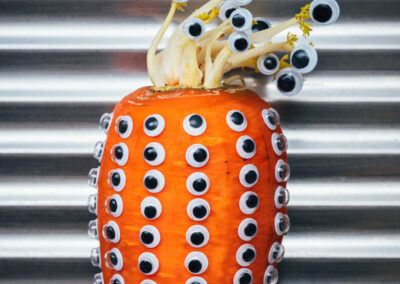 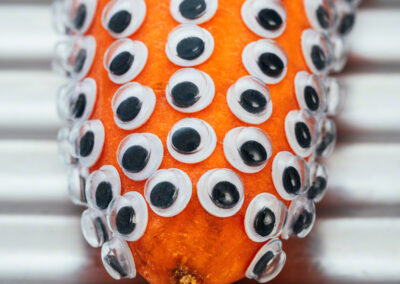 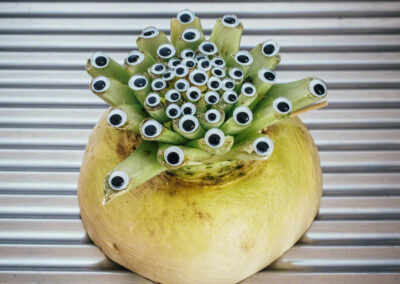 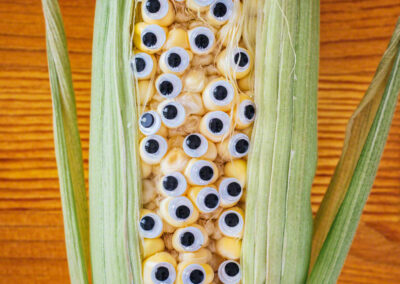 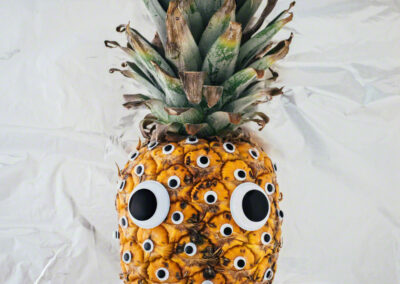 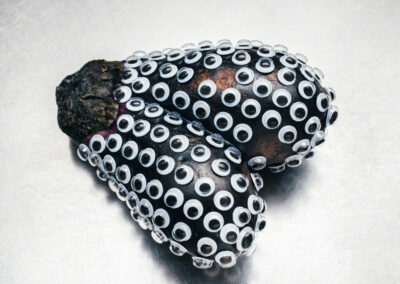 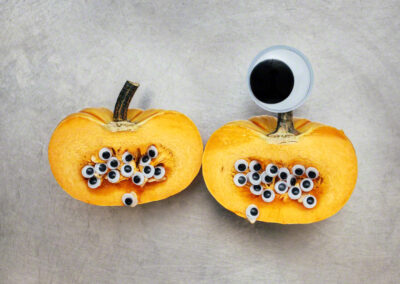 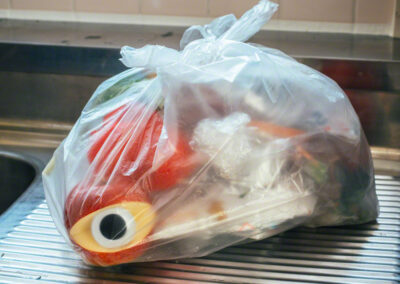 “Don’t treat food poorly,” or “leaving food uneaten is wasteful.” These are words that are commonly spoken to children by adults at the dining table, the same that were spoken to this artist as a Japanese child. But are these words truly so … In this modern age, while Japan is among the lowest-ranked developed nations in terms of food self-sufficiency, it is also among the world’s leaders in terms of producing food waste volume per person. The artist lent an ear to hear the voices of the lives of food that were sacrificed for the sake of products that went uneaten and wasted in Japan–due to having elapsed past their expiration dates, or perhaps because they were thrown out since they weren’t the right color or shape. This project involves the placing of toy eyes upon the subjects (items of food waste) to transform them into characters–an effort to visualize the lives which vanish in the process of discarding food. 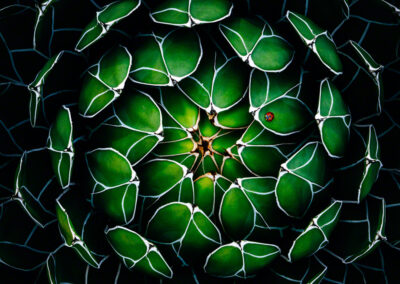 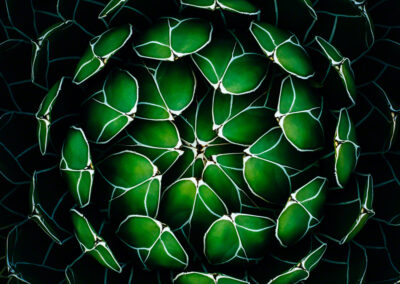 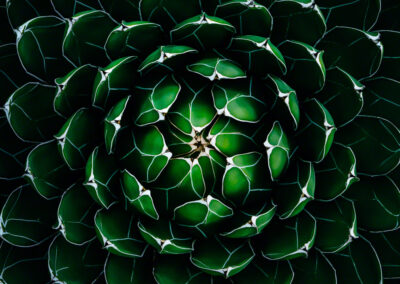 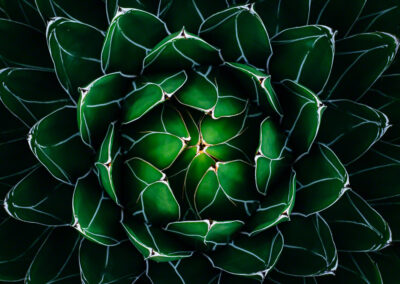 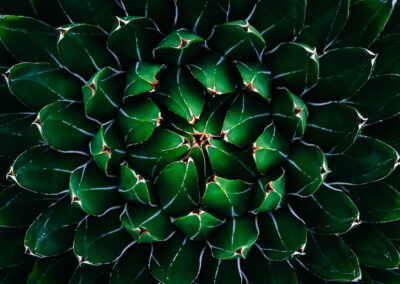 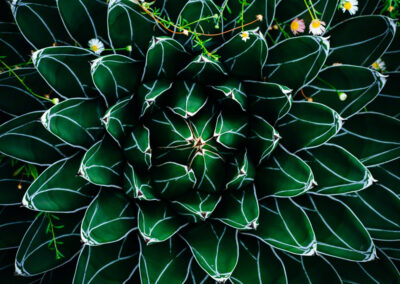 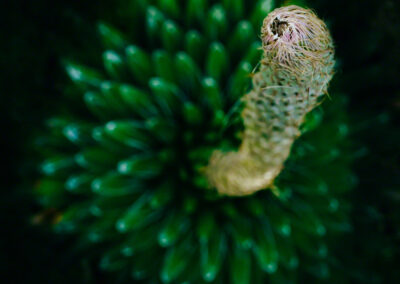 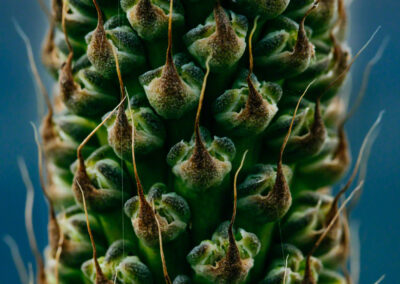 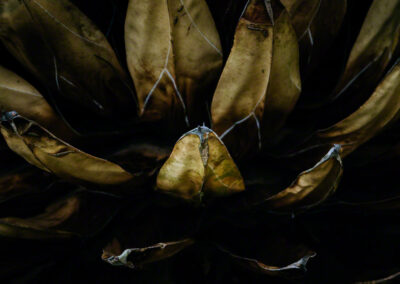 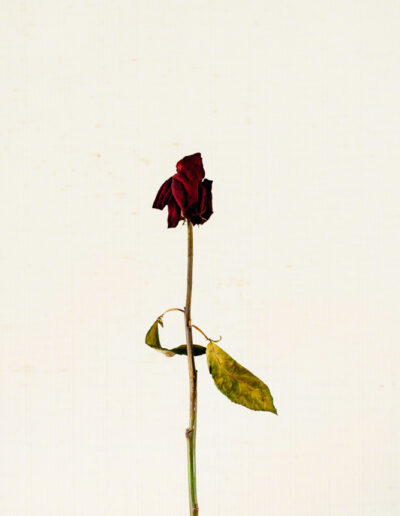 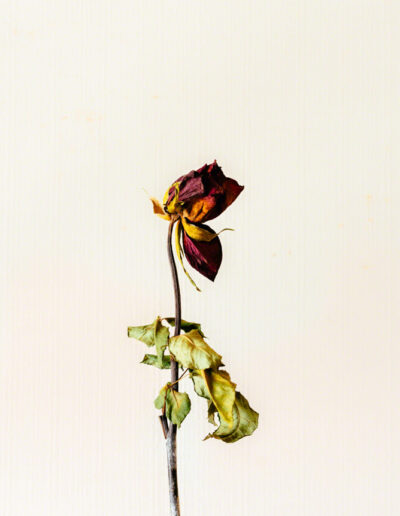 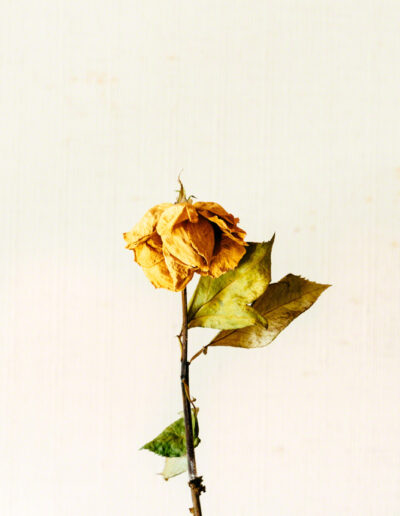 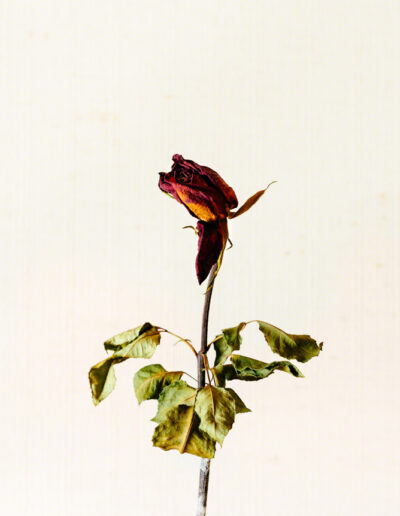 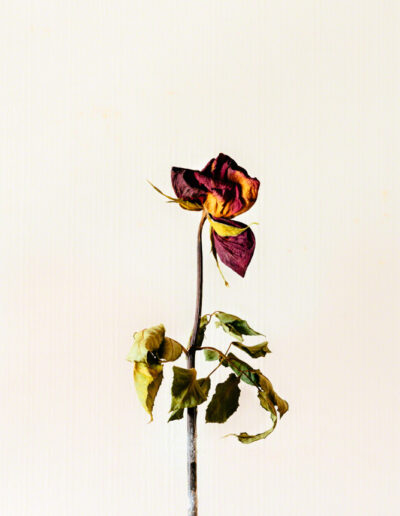 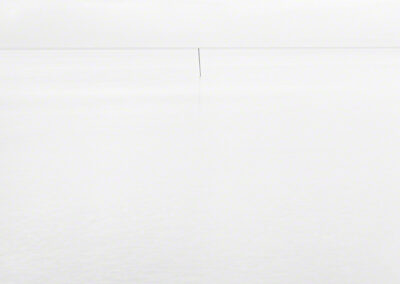 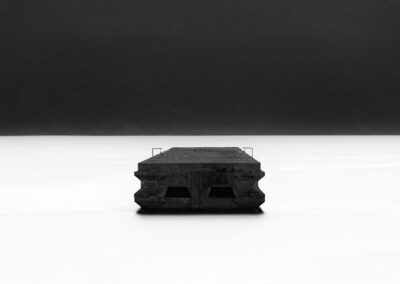 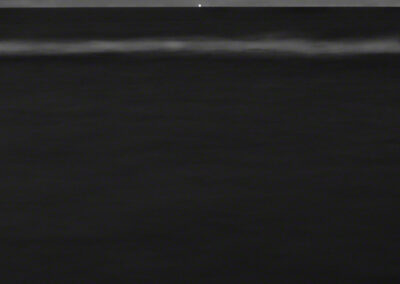 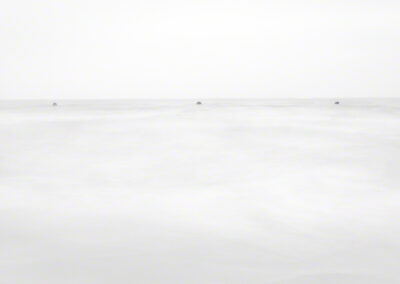 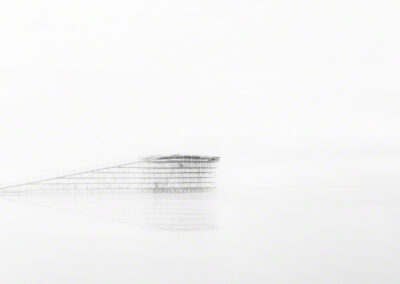 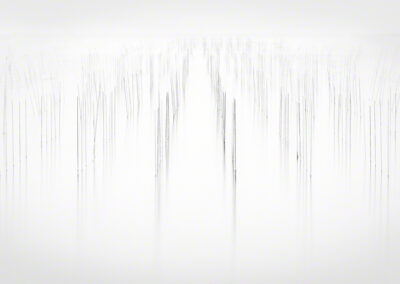